There’s nothing small about the shipping industry.

It is responsible for moving 90% of the world’s goods every year, mostly in the 20 million containers that are currently travelling across the planet. As you read this, you can be guaranteed that something around you – your chair, your desk, your computer, or the components in your smartphone – has probably spent more time on the open seas than you have.

Ocean journeys are huge, as are the vessels that undertake them. In one year, an average container ship will travel the equivalent of three quarters of a return trip to the moon.

And ships are considerably larger than any other mode of transport devised by humankind; the world’s largest vessels are about six times longer than an Airbus A380.

Despite their size, ships are the most carbon-efficient means of transporting goods. They produce six times less CO2 than road transport and 45 times less than air freight.

But the sheer scale of maritime operations means that, were the shipping industry to be a country, it would rank as 7th in the list of big polluters.

The sheer scale of maritime operations means that, were the shipping industry to be a country, it would rank as 7th in the list of big polluters.

Shipping policies do not get politicians elected

Yet, most people know nothing about it.

Shipping is not sexy. It does not make the cover of high profile magazines or serve as the subject matter for hip documentaries.

Shipping policies do not get politicians elected. Even IMO 2020, the biggest event in the shipping industry for decades, has received little coverage in mainstream media.

This is despite the fact that the motivations for IMO 2020’s new emissions regulations have dominated public discourse for years. Across the globe, debates about climate change have become increasingly intense. But the shipping industry has largely escaped blame.

It has fallen, then, to the maritime industry to self-moderate.

Though many shipowners may not agree, the International Maritime Organization’s (IMO’s) move to reduce permissible sulphur (sulfur) levels of marine fuel oil is laudable.

It shows an industry willing to lead proactively on major environmental issues in which the marine sector plays a significant role.

CO2 is obviously a major concern. The maritime industry produces around a billion tonnes of carbon dioxide (CO2) a year. One study published by the European Parliament puts the shipping industry’s CO2 contribution at 17% of global production. 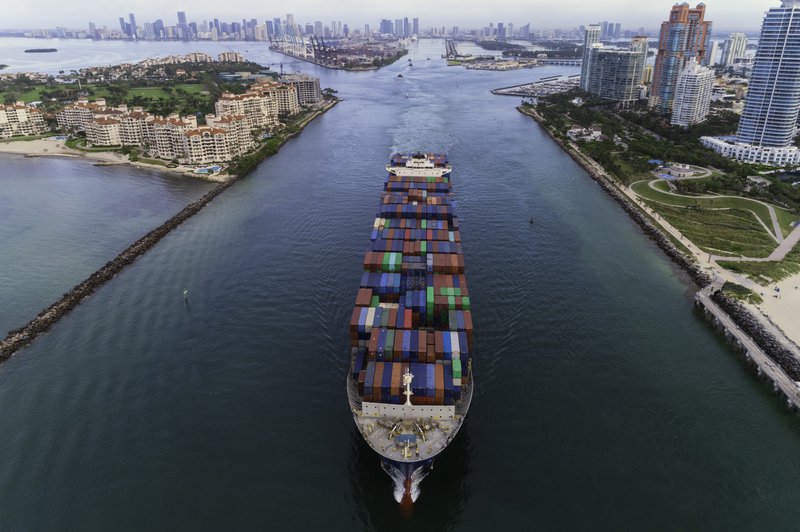 Ships are considerably larger than any other mode of transport devised by humankind; the world’s largest vessels are about six times longer than an Airbus A380.

And the IMO anticipates that carbon emissions from shipping could increase by up to 250% by 2050, depending on future economic growth and energy developments.

However, CO2 is only part of the problem. One of the primary reasons for reducing the permissible sulphur content of marine fuel from 3.5% to 0.5% is to cut sulphur oxide (SOx) output.

SO2 is toxic to humans

The bunker oil used by the vast majority of the world’s ships is high sulphur fuel oil (HSFO), essentially the leftovers of the crude oil distillation process.

SO2 is toxic to humans. When inhaled directly it can cause chest pains, breathing problems and greater vulnerability to heart and lung disease.

Inhalation of particulate matter has been linked to increased numbers of asthma attacks and higher rates of heart and lung disease and respiratory problems.

A secondary effect of SOx production is acid rain, which falls after sulphur oxides have reacted with atmospheric moisture to produce sulphuric acid.

Ten years ago, when motivating the designation of the eastern and western seaboards of North America as emissions control areas, the United States and Canada estimated that “as many as 8,300 lives will be saved and over three million people will experience relief from acute respiratory symptoms each year”.

Those are extraordinary figures.

And so are these.

Ships’ emissions are estimated to cause between 212,000 and 595,000 premature deaths a year, and 14m cases of childhood asthma. In light of such shocking statistics, the IMO’s decision to take action with new sulphur regulations can only be commended. Something had to be done.

Unfortunately, however, implementing IMO 2020 may not have the full impact hoped for by regulators. With just over half a year to go before the new laws take effect, most shipowners plan to comply by switching to low-sulphur fuel oil (LSFO).

In light of such shocking statistics, the IMO’s decision to take action with new sulphur regulations can only be commended. Something had to be done.

LSFO emits 3%-5% more CO2 than HSFO cleaned by marine gas scrubbers, the second most popular compliance solution. And, though LSFO leads to lower output of SOx, it does not have the same advantages in reducing particulate matter.

The researchers concluded that this could be attributed to LSFO’s higher concentration of soot (elemental carbon), a known carcinogen. The recommended solution: installation of a filtration device, like a gas scrubber, regardless of whether the fuel burned was LSFO or HSFO.

Marine scrubbers are exhaust gas cleaning systems that spray the ship’s exhaust gases with an alkaline solution. This dissolves the SO2 and SO3 found in the exhaust and removes much of the particulate matter from gaseous suspension.

According to The Maritime Executive, ships fitted with scrubbers have lower sulphur emissions than those achieved by burning LSFO. Scrubbers also remove 60%-90% of particulate matter, including low micron and ultrafine particles, resulting in cleaner emissions than those produced by LSFO.

As 1 January 2020 looms, many shipowners are scrambling to find a viable solution to compliance. With the future price of fuel being the most influential consideration, operators have waited and watched the fuel markets.

But now is the time for action. With oil prices rising and LSFO being hoarded in anticipation of supply shocks next year, scrubbers are looking more and more like an intelligent bet.

If price differentials follow their current trajectory, the capital investment in a scrubber could be paid off in months. And it will be done in a way that best contributes to a healthier environment.

Why 2020 Will See a Second Wave of Scrubber Orders

What Is The Scrubber Fitting Process? Find Out With This Detailed Explanation

Why Gas Scrubbers Are An Essential Component Of The Circular Economy