Wald was asked to advise on where would be the most efficient place to install armour on a plane.

The military had statistics taken from all the planes that had returned from combat. The data showed that the least damage by far was found on the engines. Yet, this was where Walden recommended adding armour reinforcement.

The Air Force were surprised. Wald explained that the data was based only on planes that had returned. To identify the aircrafts’ weakness it was necessary to look not where the bullet holes of surviving planes were, but where they weren’t. That was likely where the lost aircraft had been shot.

The most obvious answer to a question is not always the right one.

Yet, in answering the question of how best to manage the environmental concerns of coastal waters, legislators appear to be making judgements based on “common sense” instead of science.

Recently, China’s Maritime Safety Administration (MSA) published a draft bill that would effectively ban the use of open loop scrubbers in Chinese waters.

The bill follows a ban earlier this year on the use of open loop scrubbers in specific areas, and threatens to extend that ban to all coastal regions within 12 nautical miles from the baseline of China’s territorial sea and regions near the southern island province of Hainan.

The rationale for this decision? It corresponds with China’s war on pollution.

A similar argument was offered by the Maritime and Port Authority of Singapore (MPA) late last year when it announced that it would ban open loop scrubbing in its waters from 1 January 2020.

However, in neither case have the authorities offered any scientific corroboration for their decisions.

Part of the problem is a structural one. The lawmaking framework of most countries is formed by politicians who do not have a technical understanding of the domain in which they are being required to legislate.

At best, they base their decisions on expert advice, but their motivations are routinely political. And increasingly it is politically expedient to vote in favour of the environment.

This is, in effect, a good thing. But not when the understanding of the environment’s wellbeing is skewed.

It’s clear to see how legislators arrive at the conclusion that open loop scrubbers pose a threat to marine health. Open loop scrubbers use seawater to clean ship’s exhaust gases, the natural alkalinity of the water helping to neutralise the sulphuric acid that is formed as a byproduct.

The wastewater from this process is discharged back into the ocean, along with the sulphur compounds that have been cleaned from the exhaust gases.

To the layman, which includes almost all politicians and the voting public who keep them employed, washwater being discharged into the sea sounds dangerous. Surely, depositing sulphur into the ocean must be bad? 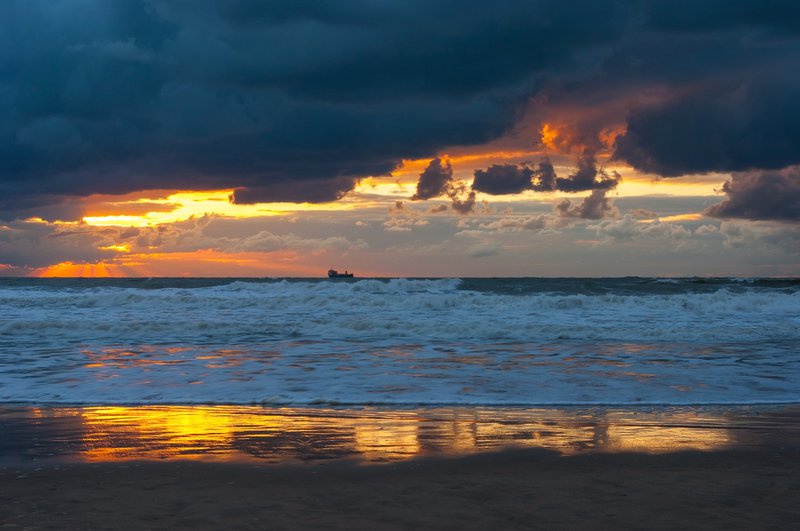 The naturally-high sulphur content of the world’s oceans means that the additional sulphur from scrubbing washwater will represent a tiny fraction of change.

The naturally-high sulphur content of the world’s oceans means that the additional sulphur from scrubbing washwater will represent a tiny fraction of change. Apart from a small number of shallow or uniquely sensitive marine ecosystems, the environmental impact of open loop scrubbing will be negligible.

A recent report released by Japan’s Ministry of Land, Infrastructure, Transport and Tourism (MLIT) concluded that the operation of open loop scrubbers with high sulphur fuel oil is not only safe, it is also preferable to burning low sulphur fuel alone.

Scrubbers remove up to 94% of the particulate matter found in ships’ exhaust fumes, something that cannot be achieved by simply switching to low sulphur fuel.

Furthermore, the Clean Shipping Alliance 2020 earlier this year released the results of a three-year study of the largest washwater data set in marine history.

More than 280 samples were assessed against 54 different test parameters by ISO accredited independent laboratories. The results were then evaluated by classification Society DNV GL’s Maritime Advisory Services and the data compared to various water quality standards.

The research confirmed that the scrubber washwater consistently adhered to IMO regulations, as well as numerous international measurement criteria.

Apart from exonerating open loop scrubbers, the study emphasised an important point: the IMO already has strict standards by which it judges environmental safety. These standards are the foundation for IMO 2020 and were developed by marine and environmental experts - these standards were not drawn up by shipowners or refinery owners.

Open loop scrubbers not only satisfy these criteria, they are a specifically permitted solution for shipowners seeking IMO 2020 compliance.

Despite these facts, the scrubbing industry will clearly need to take the lead in educating lawmakers so that they can make more informed decisions, and help their constituents to do the same.

With so many well-reasoned and necessary environmental campaigns at play – IMO 2020 being one of them – it can be easy to get carried away with sentiment at the cost of science.

Politicians and regulators have a responsibility to remember this and and inform themselves of both sides of the debate. This is no time for ignorance.