Capturing sulphur at source before it pollutes the atmosphere
Better – Smaller – Cleaner
The patented TurboHead™ foaming design is ultra-efficient
The ENVI-Clean™ System deals with more than 99% of SOx emissions
Easy to retrofit to existing systems, with attractive financial packages available
Worldwide scale through our partnership with PowerChina
There are no moving parts, fans or media to replace in the scrubber vessel
Every project is customised, flexible and commercially driven
Futureproofed against stricter regulations due to the system’s great efficiency
Global service network and backup

Our expert Pacific Green Technologies team of engineers will survey your facility’s requirements and work closely with you to create a costed plan for retrofit with minimal impact.

Once your facility is back online with effective ENVI-Clean™ technology in place, we work with you to plan out a service schedule. You can also operate with the peace of mind that comes from the knowledge that our global service team is on hand to respond to any support you need while in operation. 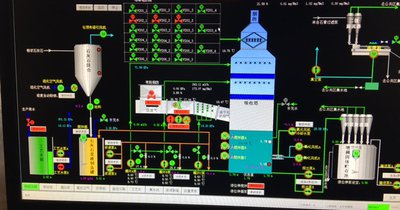 The ENVI-Clean™ system is both highly efficient and cost-effective at removing acid gases. The system utilizes its highly efficient patented turbulent head and a further polishing head, both of which use fluid recirculation and an on-demand approach for reagent addition. 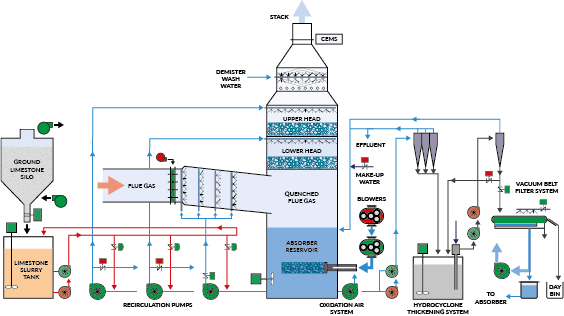 Burning coal which normally has a variable high Sulphur content in the atmosphere is terribly polluting and responsible for a high proportion of land based smog in areas of the world where coal remains an essential energy source.

Burning coal, which normally has a variable high sulphur content in the atmosphere, is terribly polluting. It’s responsible for a high proportion of land-based smog in areas of the world where coal remains an essential energy source.

Today, no continent is at greater risk than Asia. India, home to 1.3 billion people, also has 22 of the 50 most polluted cities in the world.

Although acknowledged to be one of the largest polluters, China is at the forefront of emission control technology. Having recognised how urgent the emissions problem is, the Chinese government is supporting many new initiatives. It has chosen to form a joint venture partnership with Pacific Green Technologies to assist in reducing the country’s air pollution.

At the heart of our technologies lies the secret of the unique patented process that forms the basis of the ENVI-Marine™ and ENVI-Clean™ systems.

Technically, our philosophy from the beginning has been to build a device that provides the maximum possible molecular contact area between harmful exhaust gases and the neutralising reagent. This allows the system to be smaller and more efficient, therefore more cost effective in terms of both capital cost and operating cost for any given capacity.

Pacific Green Technologies has successfully achieved this by use of a specially designed foaming TurboHead™, which creates convection and turbulence in a unique way.

The patented scrubbing heads all have this unique reaction process, combining turbulence and circulation of the exhaust gas maximising contact with the chosen reagent solution, be it plain seawater, limestone, or sodium hydroxide solution.

The mandate throughout has been to fulfil the demands of our customers who want us to produce the most efficient emission control solutions in the most cost-effective way.