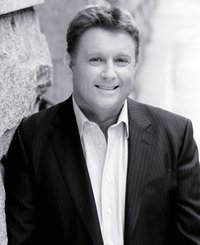 Scott is former professional windsurfer from the UK, who became a sports marketing entrepreneur. He has been involved with several sports marketing businesses worldwide that owned, or controlled, various commercial or licensing rights in Formula 1 motor racing.

He then went on to found Grand Prix Masters Holdings Limited where Scott created and ran the Grand Prix Masters world motor sport series, a race series bringing together ex-Formula 1 drivers such as Nigel Mansell, Emerson Fittipaldi and Riccardo Patrese back into single seat formula cars.

Since 2016, Mr. Poulter has served as Chief Executive of Fresh Air Capital Ltd., a company engaged in the evaluation and financing of environmentally focused startup companies with projects in both Europe and North America.

Since 2010, he has also served as the founder and CEO of the Pacific Green Group and more recently the founder and Chairman of Fresh Air Investments Limited which is a substantial shareholder of our company.

Back to About Us