Why Gas Scrubbers Are An Essential Component Of The Circular Economy

When investors and consumers think of environmentally-friendly transport and sustainable industry, they think of electric cars.

They do not think of ships.

When investors and consumers think of the circular economy, they think of Timberland making shoes from recycled tires.

They do not think of ships.

That’s understandable. Though ships are the most carbon-efficient means of transporting goods (they produce 6 times less CO2 than road transport and 45 times less than air freight), the sheer scale of maritime operations means the marine sector has a massive environmental impact.

Vessel emissions include CO2, black carbon and particulate matter, all of which pose significant threats to the environment and human health.

But it is the sulphur oxides (SOx) and nitrous oxides (NOx) present in ship’s exhaust fumes that are considered the most immediate threat.

These compounds are estimated to cause between 212,000 and 595,000 premature deaths a year, and 14m cases of childhood asthma.

Burning HSFO with a scrubber is greener than burning LSFO

The International Maritime Organization’s (IMO’s) new emissions regulations, taking effect on 1 January 2020, seek to reverse these statistics and reposition the maritime industry as a partner in positive environmental and social change.

The industry debate about which is the best compliance solution has become increasingly polarised. And, as is often the case in such situations, many of the arguments have become oversimplified and reductionist.

Fitting a scrubber, the story goes, is for those shipowners who want to save a buck. Switching to LSFO is for those owners who are sincere about supporting the IMO’s plans for a healthier environment.

Scrubbers undoubtedly offer convincing financial benefits, but they are not the lesser option in ecological terms. Nor is LSFO the eco-friendly answer its proponents make it out to be. 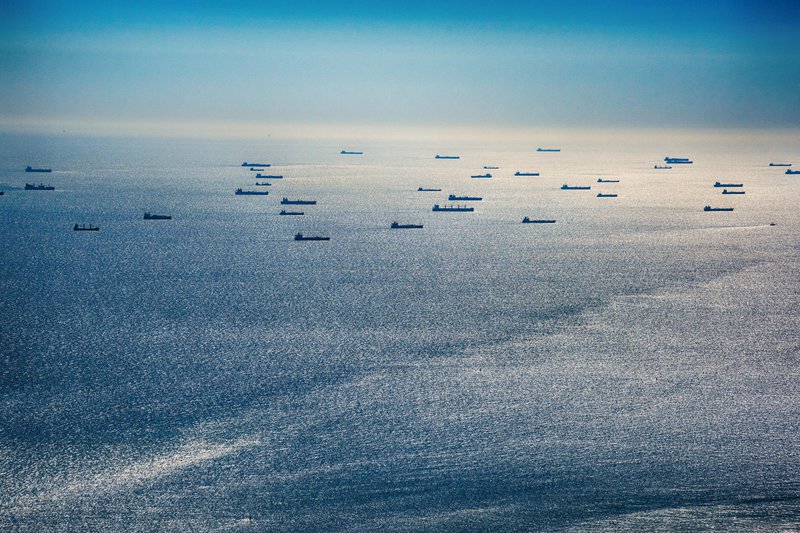 Scrubbers are therefore an important part of developing a global circular economy.

And what is a circular economy?

A circular economy is an economic system of closed loops in which raw materials, components and products lose their value as little as possible, renewable energy sources are used and systems thinking is at the core.

When explained like this you can see why an increasing number of observers and scientists see scrubbers as an essential component of a circular economy.

Indeed, in a recent report, independent Norwegian research institute, SINTEF, concluded that, measured from well to wake, using HSFO with an exhaust gas cleaning system is the most environmentally beneficial way of meeting IMO 2020 requirements.

“With new modern refineries set up to convert crude into higher-priced products, HSFO will, from 2020, be delivered from existing refineries where its share of energy consumption can be considered to be next to nothing,” says the report.

The SINTEF study is another important contribution to the growing discussion around the carbon emissions impact of the new IMO rules and an emphatic endorsement of scrubbers as an integral cog of the circular economy - they facilitate the use of the whole barrel of oil.

Admittedly, HSFO, or residual fuel oil, is not pretty.

It is the bottom of the barrel, a by-product of the crude-oil refining process that is used to create the lighter fuels that make up the low-sulphur category.

Heavy fuel oil looks like it could be from the set of a Hollywood film, such as There Will Be Blood: thick, black and viscous. It needs to be maintained at a constant temperature above pour point just to make it useable.

These are the origins of the vitriolic hue and cry about HSFO.

It doesn’t take much imagination to see why burning this substance is bad for the air we breathe.

But, unfortunately, the anti-scrubber camp has reduced most of the argument to this image, claiming that HSFO is so bad that any system permitting its continued use must be equally bad.

Those willing to expand their view to the broader system, however, are able to see that scrubbers do not only neutralise the negative effects of HSFO, they also do so in a way that contributes positively to the greater whole.

Those willing to expand their view to the broader system, however, are able to see that scrubbers do not only neutralise the negative effects of HSFO, they also do so in a way that contributes positively to the greater whole.

HSFO is going to be part of the shipping fuel mix for years yet. Demand for the fuel will certainly gradually drop over the coming years as the world's fleet slowly switches to LSFO.

But it is precisely that increase in demand for LSFO that will keep HSFO relevant. As more refineries move towards production of low-sulphur fuels, HSFO, a leftover of that process, will continue being produced.

The most advanced refineries are capable of avoiding this output with more sophisticated refinement processes. But these plants represent a tiny minority of the 700+ refineries across the globe.

Until the less modern facilities upgrade, residual fuel oil will be a reality. And it has to go somewhere.

Instead, burning it on scrubber-fitted vessels prevents the need for terrestrial disposal of the fuel and ensures end-to-end efficiency in the fuel cycle, representing optimal use of the resources needed to produce the different types of marine fuel.

Only by adopting this type of waste-reducing circular mindset will the maritime industry be able to achieve genuine environmental gains. Less than that is simply paying lip service to green ideals.