These are uncertain times for the world’s oil markets. They have been particularly precarious since April 22nd when the US announced that it would not extend waivers granted to major economies buying oil from Iran.

These waivers gave economies like China, India and Turkey a grace period in which to get their oil importing houses in order before the US required international sanctions to be imposed against Iran.

Now those waivers have expired and, as part of its Maximum Pressure Campaign, America is set on cutting Iran’s oil exports to zero. Since then, Italy, Greece and Taiwan have ceased their Iranian oil imports. Much will depend on how China responds. 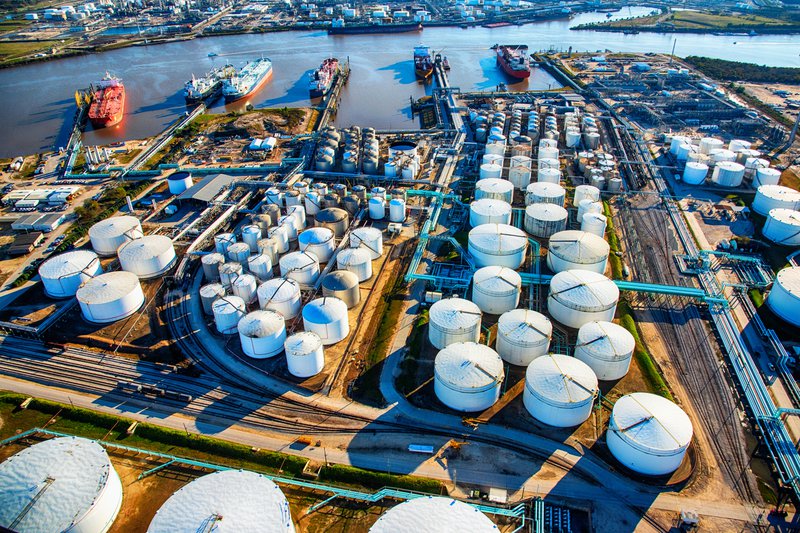 The escalating trade war is ominous

The world’s two largest economies are currently locked in continued trade talks, but it remains to be seen whether China will accede to the US’ demands for an oil embargo against Iran.

Defiance of Washington’s wishes may lead to a deepening trade war, but compliance could cause an oil supply shock and a sudden rise in global prices. It is predicted that Iran’s exclusion from the oil market could reduce global supply by more than 1 million barrels per day.

International oil supply is already threatened by a host of other geopolitical factors, including war in Libya and ongoing sanctions against Venezuela.

Iran has also promised that it will block the Strait of Hormuz, cutting off one of the most important trade arteries between the Middle East and markets in Asia, Europe and North America.

This is not good news for shipowners

Though Iranian leaders have declared that they will continue selling oil in the ‘grey market’, and OPEC countries like Saudi Arabia are expected to keep the market in balance, crude oil prices may remain high for some time.

This is not good news for shipowners planning on switching to low sulphur fuel oil (LSFO) on 1 January 2020. Under the International Maritime Organisation’s (IMO’s) new emissions control regulations, all vessels at sea will, from the start of next year, be required to burn fuel containing less than 0.5% sulphur. Unless they have made an alternative arrangement.

One option is a conversion to Liquified Natural Gas (LNG). Though this solution has received some support as a potential replacement for high sulphur fuel oil (HSFO), Lloyd’s Register currently sees only 140 LNG-fuelled vessels in service and just 170 on order.

The adoption of LNG as a compliant fuel has been limited by the lack of global bunkering infrastructure for LNG. This has partly been countered with significant investment in bunkering facilities in Asia, with more expected in Europe as interest in LNG increases.

The anticipated rush to LNG has so far failed to materialise

But there are questions about when widespread adoption will happen, if at all. Lloyd’s List quotes SEA/LNG – the industry’s strongest supporter of LNG as marine fuel – as calling LNG “an interim bunker solution” to new emissions standards.

The anticipated rush to LNG ahead of IMO 2020 has thus far failed to materialise. Based on current books and the number of LNG-powered vessels at sea, LNG might only account for four to five million tons of marine fuel by 2020. This is about half the amount projected in the 2016 CE Delft study used by the IMO to measure the viability of its new carbon emissions targets.

This allows shipowners to comply with IMO 2020 standards while using HSFO.

Scrubber systems require capital investment, but advocates have consistently pointed to the short payback times that can be expected in states of high price differential between HSFO and LSFO.

Post-January 2020 has widely been expected to see a broad price spread between heavy and low sulphur marine fuels, and concerns about sufficient availability of LSFO have persisted. Now, however, those fears appear to be manifesting in reality.

A recent Bloomberg report details how major trading houses are beginning to stockpile low sulphur fuels and other blending components in expectation of 2020 disruption. How great the impact of the IMO’s new rules will be is one of, if not the, biggest talking points in the shipping sector. But recent activity suggests that the effects could be worse than anticipated.

From the Cuban Missile Crisis to Brexit, humans have long shown a tendency to stockpile in times of uncertainty. And there may be an element of panic buying in the large reservoirs of compliant fuel being built up in the Macca Strait.

But the more probable explanation is that traders are speculating on returns to be gained from a large LSFO price rise in January. 2020 supply of marine fuel is already uncertain; it is still unclear whether refineries will be able to produce the LSFO needed to power the world fleet. Potential issues in global oil supply are feeding the fire.

And fuel hoarding, as is happening off the coast of Singapore, will only exacerbate supply insufficiencies.

Low supply and demand that is set to explode overnight; it is a perfect cost storm for operators relying on LSFO as their compliance solution to IMO 2020.

On the other hand, those who have fitted or ordered a marine EGCS must be watching developments with a mixture of confidence and relief.

They have always been set to gain from lower HSFO prices in 2020. But now their capital outlay on a scrubber must look like the best investment they’ve ever made.